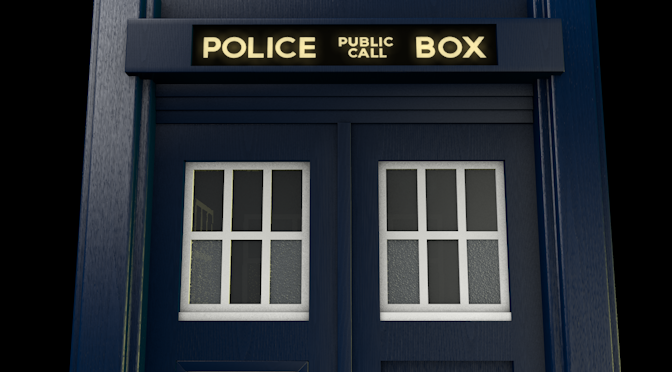 I have released my 3D model based on the TARDIS from the BBC television series Doctor Who. My model is based on the Brachacki version of the TARDIS that was featured during William Hartnell’s tenure as the first Doctor.

The model can be downloaded from <a href=”http://www.turbosquid.com/FullPreview/Index.cfm/ID/833552″ target=”_blank”>TurboSquid in Cinema 4D format.